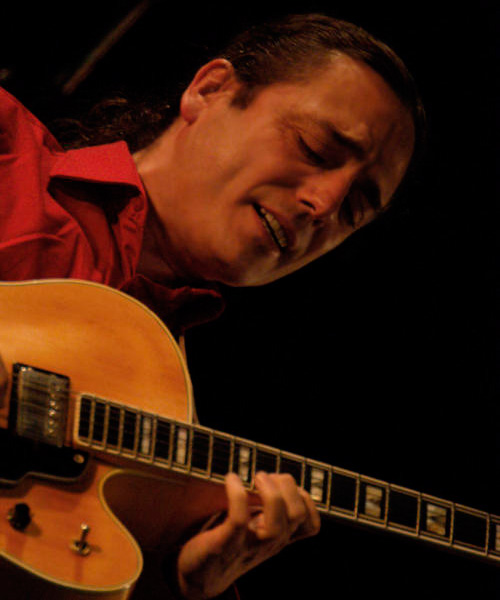 After five years of advanced music studies in the Classroom of Modern Music and Jazz of Barcelona, the city where he was born, he started his professional career playing with several local groups of the city and some years later he moved to Paris.

After playing  in different Parisian Jazz Clubs, he decided to release his first album called Les Sens as the leader of his own band in 1999.

Here we can enjoy ten songs written and arranged by Carles GR  where we can see he is very fond  of a distinctive kind of crystalline melodies.

Thanks to these two albums , Carles GR has been on four tours that have allowed him to be found in the French, Belgian and Spanish musical panorama.

In Tribute to Michael Brecker , his third album, he pays  homage to the American saxophonist Michael Brecker and offers a repertoire inspired in his work together with some original songs written by Philippe Petit and Carles GR.

This album was released in 2007 after a month tour around South America (Perú, Chile, Bolivia and Argentina) .